Anorexia nervosa is a mental illness that primarily affects adolescents. Although anorexia is relatively uncommon, affecting approximately 1% of the population, it can be fatal. In fact, although the incidence of anorexia is relatively early, more than half of the patients may last for decades. It can lead to a number of related mental and medical risk factors, which explains to some extent the cause of the highest mortality in anorexia in all mental illnesses.

Those with anorexia have a strong fear of weight gain and have a distorted self-recognition. As a result, some people limit their daily calorie intake to less than 400 calories, which is less than a quarter of what is usually recommended for teenagers. People with anorexia may soon become thin and lose more than 25% of their weight. This rapid weight loss can lead to abnormalities in the heart, changes in brain structure and function, incurable bone diseases, and in some cases, sudden death. 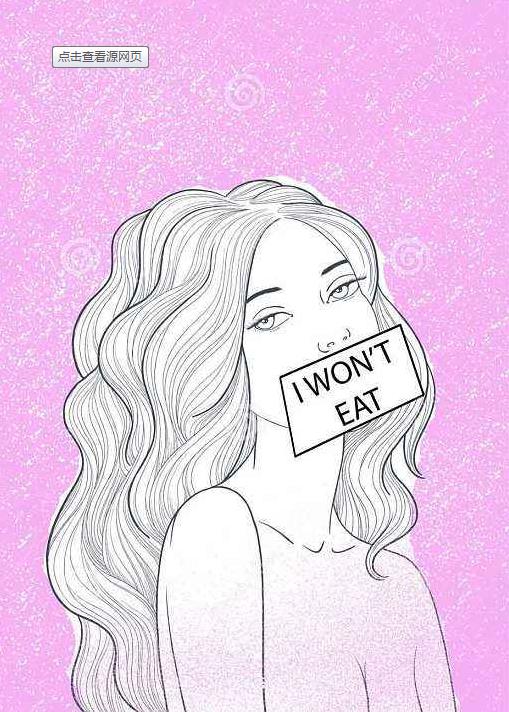 Stuart Murray has been involved in the treatment of anorexia nervosa for 10 years, and his National Mental Health Institute funded research project dedicated to understanding the mechanisms of anorexia nervosa to provide accurate treatments. He and his colleagues recently completed the largest meta-analysis of the results of existing anorexia treatments to date. The analysis reveals the main shortcomings of people currently treating this disease.

It’s the brain, not the body.

They collected the results of 35 randomized controlled trials between 1980 and 2017 that cumulatively evaluated the results of specialized treatments such as cognitive behavioral therapy in more than 2,500 anorexia patients. An important aspect of their research is to examine the results based on core cognitive symptoms of weight and anorexia (such as fear of weight gain and craving for slimness). This is in contrast to traditional assessments of whether treatment is effective, and traditional assessments usually focus only on the patient’s weight.

Unfortunately, their findings are negative. Essentially, specialized treatments for anorexia, such as cognitive behavioral therapy, family therapy, and emerging drug treatments, seem to have no advantage over conventional standard control treatments (such as supportive counseling). In fact, the only advantage of specialized treatment compared to conventional treatment is that there is a greater likelihood of weight gain at the end of treatment. During their follow-up, they found no difference in body weight between different professional treatments and control treatments.

In addition, they found that there was no difference in the core cognitive symptoms of anorexia at any point in the treatment and control of treatment. This means that even if a treatment helps restore normal body weight, attention to thinness and uneasiness about diet are common, so it is likely to return to a low weight state. Equally important, professional treatment appears to be less acceptable to patients, and the patient’s termination rate is comparable to the control treatment.

When they analyzed the time trends in these data over the past four decades, they found that the results of specialized treatments did not improve over time.

These findings are thought-provoking. Over the past four decades, we have tried our best to advance treatment outcomes, but they have not succeeded. This view has caused serious concern.

However, an important achievement of this research is that it allows people who study and treat anorexia to better understand how they should change direction. They believe that these findings indicate an urgent need to better understand the neurobiological mechanisms of anorexia. They can no longer assume that improving patient weight should be the ultimate goal of anorexia treatment and will improve cognitive symptoms. While normalization of weight reduces the acute risk of complex medical events, continued fear of weight gain and food intake may mean future low weight and hunger.

In the treatment of anorexia, we are already in a bottleneck. Future research efforts must clarify the exact mechanisms that support the cognitive symptoms of anorexia, and changing these mechanisms must be the goal of treatment.