Is it possible that a kind of food will become very popular in such a season as summer? No mistake, it is mung bean soup. In such a hot summer day, in order to cool down and relieve the heat, many female friends will choose to cook some mung bean soup at ordinary times to eat, which tastes good and can relieve the heat;

But maybe at this time, some female friends around you will tell you that mung bean soup is good, but some taboos should be paid attention to, for example, you can’t drink mung bean soup when you take medicine at ordinary times; 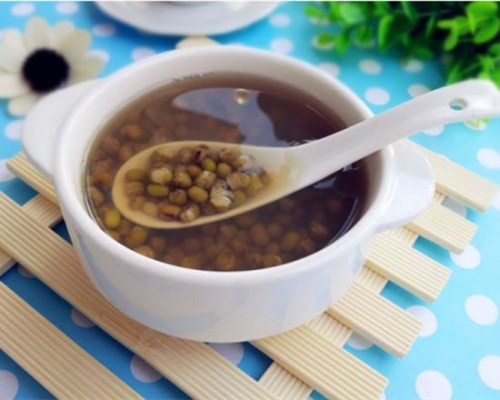 Is it true or not? Is there any scientific basis for this? Maybe many female friends choose not to drink mung bean soup when taking medicine as their first reaction;

In fact, you don’t need to do this. In fact, mung bean soup is a kind of food with more ingredients of water than mung bean, and mung bean also has some anti-inflammatory effects. Sometimes it can help you to improve your condition, so in fact, you can drink mung bean soup with peace of mind, and it won’t have any adverse effects on your body, At best, you should not eat mung beans;

Others think mung bean soup is bad if it turns red.

It seems that such a statement is reasonable and persuasive. But in fact, it is a normal phenomenon that mung bean soup will turn red. Because there is a special substance in mung bean, which is easy to oxidize and turn red when exposed to air. So in fact, in addition to the taste is really bad or there is a clear sour taste, otherwise the red bean soup is no problem, is normal.

Generally speaking, you can understand some common knowledge mistakes about mung bean soup.