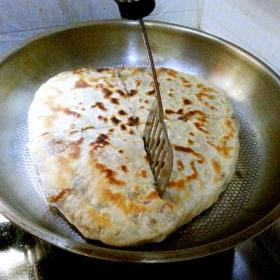 Chinese Pork scallion patty - Because my family can eat a lot, so I have 4 big meat patties at a time. Friends can add ingredients according to their own situation. I will not give a detailed introduction to the weight of each ingredient.
Print Pin Rate
Prep Time: 20 mins
Cook Time: 30 mins
Total Time: 50 mins
Servings: 1
Calories:
Author: Jerry Ye