Watermelon is everyone’s favorite fruit in summer, especially ice watermelon. In the past, when there was no refrigerator, people put watermelons into the cold water to cool them. When they wanted to eat, they brought watermelons up from the well. It was also a very enjoyable way for everyone to eat them together to enjoy the cool.

The total number of watermelons eaten by Chinese is far more than that of other countries in the world. They eat 70% of the world’s watermelons, which shows how Chinese like to eat watermelons. Watermelon is the most common fruit in the market in summer, most of which are cheap and don’t care how to eat. 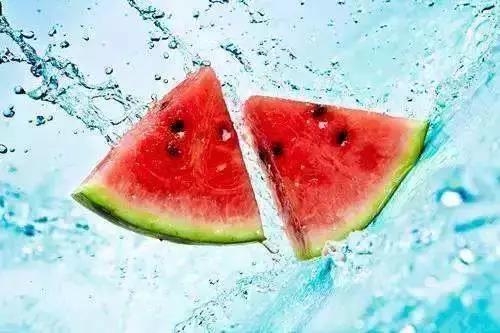 3. The color of watermelon

When we choose fruits, we tend to choose those that are very beautiful, such as those watermelons that are green and bright without spots. In fact, those watermelons with yellow spots at the bottom are not good-looking, but taste better. There is no mistake in choosing such watermelons.

4. The sound of watermelon

Watermelon is sweet and cool. It can relieve summer heat, diuresis and replenish water. Especially in summer, people like to cut half of it and dig it with a spoon. It’s very cool. However, the sugar content of watermelon is relatively high, and the people who control sugar themselves cannot eat too much.