The health care function of tea has been recorded since ancient times. As early as the Yangshao culture era, the ancients found that the fresh taste of tea can detoxify and be used as medicinal materials. “Tea recipe” of Gu Zhiqing of Ming Dynasty says: “people can drink their tea to quench thirst, eliminate food, get rid of disease, sleep less, benefit waterways, think more clearly, get rid of boredom and boredom. People can’t live without tea for a day. &”Su Dongpo’s famous saying:” why do you need a pill of Wei emperor and seven bowls of tea? This is to tell people not to try to find the elixir of immortality like Wei emperor, just seven bowls of tea. It can be seen that in ancient times, the efficacy of tea had been known for a long time. 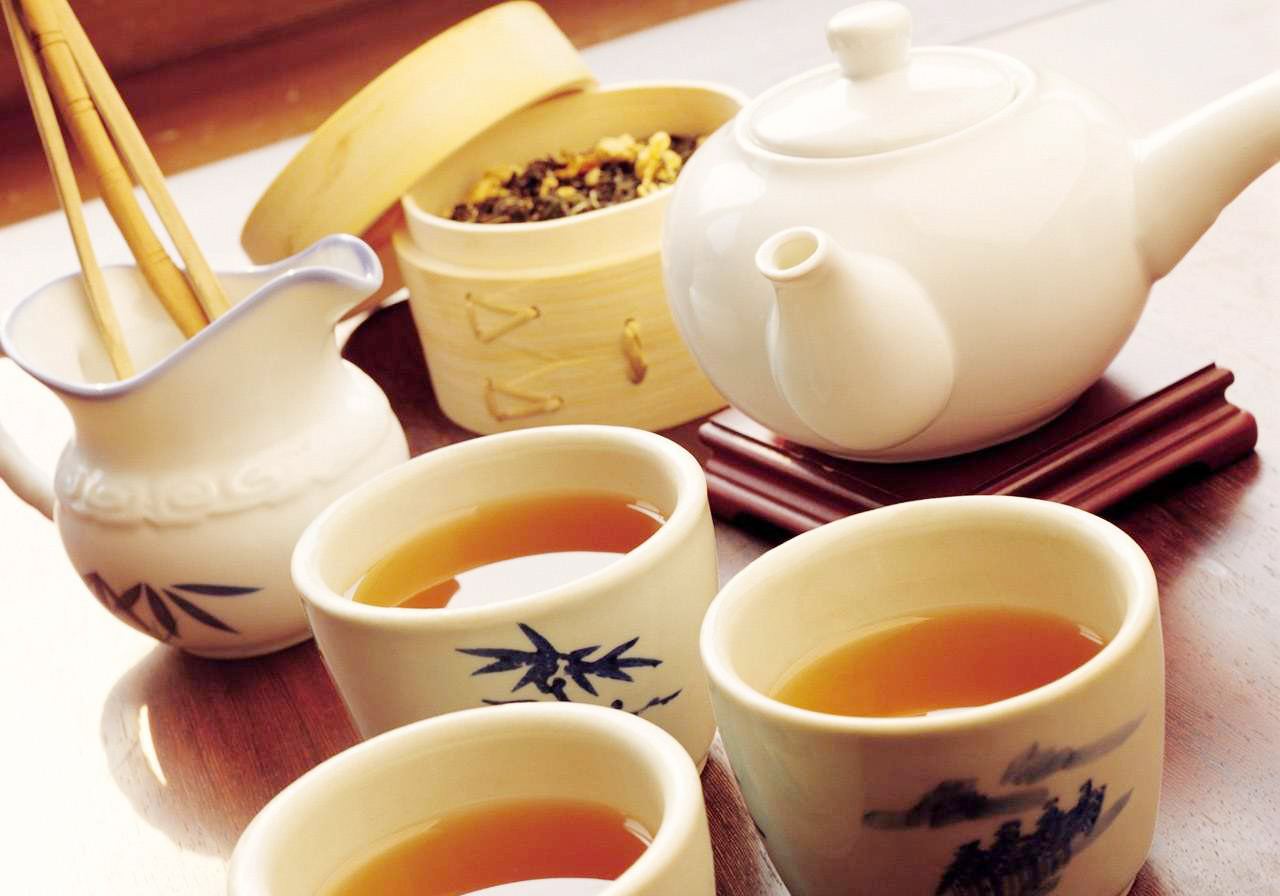 Caffeine in tea can stimulate the central nervous system, strengthen the heart, diuresis and promote blood circulation; drinking tea can make people’s thinking quick, clear and energetic. Caffeine can excite skeletal muscle and eliminate muscle fatigue; theophylline can help dissolve fat, eliminate food, greasiness and lose weight; both caffeine and theophylline can expand the function of coronary artery and bronchus of heart, which is good for improving the asthma caused by myocardial blood supply and bronchospasm.

The tannins in tea have astringent effect on gastrointestinal mucosa, coagulate bacterial protein and have bacteriostatic and antidiarrheal effect. In addition, tannic acid can neutralize basic food and relieve alcoholism, so it is said that drinking tea can relieve alcoholism.

At present, the relationship between tea and human cancer is paid more attention. Many scholars at home and abroad have studied the anti mutagenicity of tea from different stages of tumor occurrence and proliferation. The results showed that green tea, oolong tea, black tea, flower tea and tea polyphenols and catechins, which were newly extracted from tea, had obvious inhibitory effects on some chemical carcinogens, such as aflatoxin, benzo (a) pyrene and N-nitroso compounds, and also on the mutagens produced by cigarette concentrates and grilled fish.

Fluorine is one of the microelements needed by human body. Lack of fluorine will affect the health of bones and teeth. Tea is a natural drink with more fluorine, so drinking tea can prevent caries.

Catechins in tea can neutralize radiation elements and reduce atomic radiation damage, which can fight against urban radiation pollution. Therefore, it is known as the “beverage of the atomic age”;.

Although there are many benefits of drinking tea, it’s not “there are all advantages without any disadvantages”. For example, drinking too much tea can cause anemia. In Israel, tea is a common beverage for infants. The incidence of iron deficiency anemia in infants there is as high as 26% – 68%. It turns out that the citric acid in tea can form insoluble coagulate iron salt with iron in the intestine, so iron can’t be absorbed and utilized by the body. As the absorption of iron is affected, the storage of iron in the body is reduced, and anemia will appear for a long time.

(3) Constipation is not suitable to drink tea: because the tannic acid in tea has the effect of astringency and slowing down intestinal peristalsis, it will make defecation more difficult.

(4) Fever is not suitable for drinking tea: because after drinking strong tea, theophylline will raise the temperature of human body and aggravate fever.

(6) Stomach disease is not suitable for tea: because caffeine in tea stimulates gastric and intestinal mucosa, increases gastrointestinal discomfort and aggravates ulcer trauma.

(7) Liver disease should not drink tea: because most of caffeine in tea is metabolized by the liver. Liver function of patients with liver disease is always reduced to some extent. Drinking too much tea will aggravate the damage of liver tissue.

(8) Palpitation should not drink tea: because theophylline can accelerate the heart rate, so that patients are often in an excited state and can not get a good rest.

(9) Children should not drink tea: because the content of polyphenols in strong tea is too high, it can often cause iron deficiency anemia in children.

The harm of drinking strong tea during menstrual period lies in: the blood contains components such as methemoglobin, plasma protein and hemoglobin, while the strong tea contains tannic acid with a concentration of up to 30% – 50%. It is easy to combine with iron in Chyme or iron in blood tonic drugs in the intestinal tract, resulting in precipitation, hindering the absorption and utilization of iron by intestinal mucosa, leading to iron deficiency anemia.

Drinking strong tea during pregnancy is not only easy to suffer from iron deficiency anemia and affect the supply of fetal nutrients, but also because the concentration of caffeine in strong tea is as high as 10%, it will make pregnant women urinate frequently, speed up their heartbeat, increase the burden of pregnant women’s heart and kidney, and induce pregnancy poisoning, which is not conducive to the health of the mother and fetus.

Drinking strong tea during the production period will cause insomnia due to the exciting effect of caffeine. Lack of sleep before delivery will lead to exhaustion, weakness and dystocia.

It is not suitable to drink strong tea during lactation. Because of the high concentration of tannic acid in the strong tea, it will produce the effect of convergence and inhibition of breast secretion after being absorbed into the blood by the intestinal mucosa, resulting in insufficient milk secretion and affecting lactation.

So, how can women drink tea scientifically?

Different kinds of tea can be selected according to different physique, age, nature of work, living environment and other conditions, and drinking in different ways.

From the aspect of physique, the healthy adult women can drink red green tea, while the elderly women can drink black tea, and can drink a cup of green tea or flower tea. But the tea should not be too thick, because too much drinking of strong tea will make the water in the body increase rapidly, and increase the burden on the heart and kidney, especially after meals. According to reports, drinking too much strong tea will also produce vitamin B1 deficiency, affecting the absorption of iron by the human body.

From the nature of work, geological explorers, military personnel, manual workers, personnel who are often exposed to radiation and toxic substances, doctors and nurses should drink some high concentration of green tea.

In addition, mastering the skills of making tea is also an important aspect of rational tea drinking. Here are two points to note: one is the amount of tea, the other is the temperature of water.

Most of the effective components in tea were leached in the first brewing, and almost all of them were leached in the third brewing. Some people often make tea in big teapots. It’s unscientific that they don’t change tea from early to late. Because of the long time soaking, some harmful substances in tea will be leached. As the saying goes, “you can drink more tea, you can’t make more tea.” that’s what it says.

There are many kinds of tea, generally divided into green tea, flower tea and black tea. Among them, green tea is cool, which can be drunk in summer to clear away heat and heat; black tea is warm, which can be drunk in winter to warm the stomach; flower tea is suitable for all seasons. At present, famous teas are found all over the country, among which the West Lake of Hangzhou, which is famous for its four unique characteristics of “green, fragrant, mellow and beautiful”, is the most famous, followed by “Tieguanyin”, “Wuyi rock tea”, “Huangshan Maojian”, “Qihong”, “tunlv”, Yunnan “Pu’er tea” &”Dianhong”, Jiangsu’s “Biluochun”, “yulanqing”, “Nanjing Yuhua”, Henan’s “Xinyang Maojian”, Hunan’s “Gaoqiao Yinfeng”, “Xiangbo green”, Zhejiang’s “flaggun” and Fujian and Taiwan’s “oolong tea” are well-known at home and abroad.

In addition, tea has a certain effect on the treatment of diseases.

According to traditional Chinese medicine, tea is slightly cold, sweet and bitter. Its functions are to quench thirst, clear the mind, eliminate food, diuresis, cough, clear the eyes, improve thinking, eliminate boredom and greasiness, relieve sleepiness and light the body, eliminate inflammation and detoxification. As Li Shizhen said, “tea is bitter and cold, and it can reduce fire most easily.”;.

If burn, take a small pinch of tea, add water to boil it into a thick juice, soak the affected part in tea water after cooling to relieve pain; or spray the wound with thick tea to prevent tissue exudation and promote scab formation.

If you are carsick or seasick, you can take 2 spoonfuls of soy sauce and drink it after adding some strong tea juice. It can also be used to relieve drunkenness.

In case of emesis and detoxification, 35 g of tea can be taken, 180 ml of water can be added, boiled and concentrated to 80 ml, and the poison can be discharged after oral emesis.

If the ear ring hole is inflamed and blisters, pruritus and burning sensation are seen, take off the ear ring, wash the affected part with alcohol or salt water, and insert two tea stems of suitable size into the ear ring hole, which has therapeutic effect.

If yellow water sore, green tea and gallnut can be used in equal amount, and they are ground into fine powder, and then a little ice tablet is added. After cleaning the sore face, apply it twice a day.

If there is a sore in the mouth, you can mix some green tea, alum and vinegar together and apply them to the “Yongquan acupoint” of the foot.

If you have bad breath, gargle with strong tea.