The circle of friends of the seven great aunts and eight great aunts often forwards some rumors that have not been settled yet and make a fuss, especially in the area of health preservation. From time to time, I give you a link to say XX ah, this thing is carcinogenic. Don’t eat it in the future. For example, boiling water and overnight tea can’t be eaten because of cancer, but in fact & hellip; & hellip; 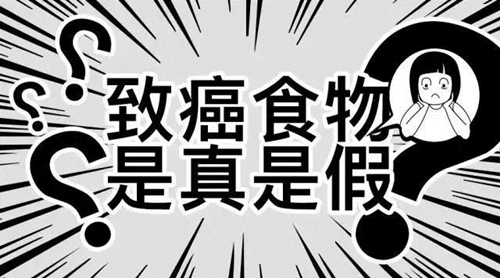 In fact, the overnight tea will not cause cancer, and the thousand boiling water will not cause cancer. We still need to listen to IARC, the International Cancer Research Institute, for the food that causes cancer. The determination of carcinogens is one of the tasks of IARC. The information of carcinogens published by IARC every year is the most authoritative information in the world. Many foods around us are labeled as carcinogenic. Let’s take a look at IARC’s answer whether it’s true or not.

First, let’s look at foods that are absolutely non carcinogenic. Milk, cheese and yoghurt are not carcinogenic, and 300-500ml per day is recommended. Soybeans, soymilk, tofu and dried soybeans are suitable for all ages. The so-called phytoestrogen has nothing to do with carcinogenesis. Coffee beans and tea are also non carcinogenic, but one or two cups of coffee a day is good, not more than 400 mg of caffeine on the body has no effect, and tea do not drink too hot, 65 degrees tea will increase the risk of esophageal cancer.

These are the foods that may cause cancer: fried food, red meat and bracken. They will increase the risk of cancer of human body. Fried food should be eaten as little as possible, and the daily intake of red meat should be controlled within 50g.

There are definitely carcinogenic foods: Bacon, ham, pickles, areca, mildewed peanut, corn, tobacco and wine. Bacon, ham, salted vegetables and areca are clearly carcinogenic to human body, but it is not known how much is safe to eat, so it is better to eat less of these things. And the mildewed peanut, corn, tobacco and wine are carcinogens. We should not touch them without touching them. For the sake of our own health and that of our family, quitting smoking and drinking is the only way to exercise.