As I have said in the previous blog, among all the dandruff problems, the radical treatment of head lice is the simplest. As long as the personal products are fully sterilized and the hair is shaved at the same time, it is OK. Secondly, it is the dandruff caused by Malassezia. It can be said that “washing” is always the most direct and effective way to deal with Malassezia active on the scalp. Therefore, you only need to choose a shampoo containing appropriate amount of ketoconazole according to the selection knowledge I introduced earlier, according to the severity of your symptoms, adhere to the use according to the course of treatment, and coordinate with the 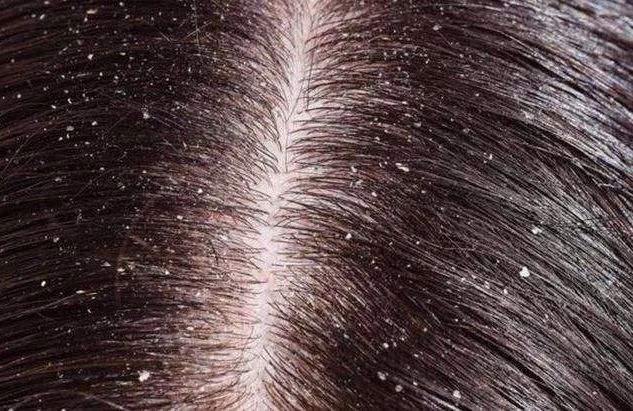 adjustment of the poor The life style can receive the satisfactory desquamation effect.

As for the dandruff caused by psoriasis and seborrheic dermatitis, in addition to the selection of appropriate shampoo, we must also go to a doctor in time, and follow the doctor’s instructions for local or systemic medication. Because tinea capitis is very infectious and often occurs in children, it is necessary to boil and disinfect children’s personal products with water. In addition, when the children with tinea capitis are wiped with the doctor’s advice, they should cut off all their hair as much as possible, which is directly related to the good and bad treatment effect.

In terms of medication, due to different personal conditions of tinea capitis, psoriasis and seborrheic dermatitis, I can’t give you direct medication without personal face-to-face consultation. However, if you are already following the doctor’s advice for treatment, I have several “good methods” here, which can help you solve the dandruff problem while your dandruff symptoms are not serious or you are being treated. They are soybean internal and external application, Pomegranate Peel Decoction shampoo, Platycladus orientalis leaf soju rubbing, massage and oral Fangfengtongsheng pill. (this article is excerpted from my health care book & mdash; & mdash; health and beauty from the beginning)

Soybeans are very common to us. The soymilk and tofu made of soybeans are common food on our table. However, this common bean is a good assistant for the treatment of tinea capitis. According to Shijian Materia Medica, soybeans taste sweet and have a flat nature, which can be divided into hand, foot, Taiyin, spleen and Yangming large intestine. They have the functions of strengthening the spleen, widening the middle, moistening the dryness, detoxifying, and promoting water and swelling.

The treatment of tinea capitis with soybean can be taken internally or applied externally. But in the production method, there are still some exquisite. Take the internal service for example. First, you have to wash the soybeans and soak them in clear water until they are full. It will take about one night. Then boil the soaked soybeans with clear water until they taste like noodles. Then you can eat them directly. If it is for children to eat, honey can be added to increase the taste. Generally, take 30-90g every day, once or several times. This kind of eating method can assist medicine and promote the rapid recovery of tinea capitis.

If it is applied externally, it is necessary to fry the soybeans on the pot until the color is burnt, roll them into powder with a rolling pin, mix them with sesame oil, and rub the affected area in the morning and evening every day. Because tinea capitis is more by rheumatism invasion, Qi and blood is not caused by tide. This method can play a good role in moistening the skin and stopping dandruff. If it is a slight, small piece of tinea capitis focus, you can not take medicine, just pull out the hair at the focus one by one, and smear it, it will get better in a week or so.

Pomegranate peel is the peel left when we usually eat pomegranate. “Distinguished doctors” records: pomegranate peel taste acid, astringent, warm, stomach, large intestine, convergence, insecticidal, antipruritic effect. In addition, modern medical research has also proved that the substances contained in pomegranate peel have obvious inhibitory and astringent effects on human parasites, which is a good medicine for the treatment of some neurodermatitis or psoriasis (psoriasis).

I’m here to introduce you to use fresh pomegranate peel Decoction to clean the scalp to treat psoriasis (psoriasis) and dandruff caused by psoriasis. However, wash your hair with Pomegranate Peel Decoction. Repeat the decoction for two or three times at most, and boil it again every time. Wash it again when it is cool to the warm water temperature. If the water temperature is too high, it is not conducive to the recovery of the skin at the focus.

In addition, dry pomegranate peel can also be used to stir fry the charcoal and grind it to the end, add oil to make it paste, and smear the affected area twice a day.

In ancient times, the twigs and leaves of Platycladus orientalis are the best extended year products highly praised by Taoism. Modern medical research also provides strong evidence for the therapeutic and health preserving effect of lateral cypress leaves. Especially in the treatment of hair diseases, Platycladus orientalis has become an essential herb in many anti abscission products. Clinically, it is commonly used to treat the deficiency of liver and kidney in the middle-aged and old people, with early white hair. If you rub your scalp with fresh Platycladus orientalis leaf juice or wine, you can treat hair loss and dandruff caused by seborrheic dermatitis.

We need to remind you that it’s best to use side cypress leaf wine and sorghum wine, and the longer the time, the better the effect. Two years ago, because of the expansion of a primary school in my hometown, during the construction, a side cypress tree beside the wall of the hospital was scraped off a lot of fresh branches and leaves. Unfortunately, I picked up a large bottle of white wine and put it in the corner of the storage room for a long time. Later, when I was tidying up the mess, I turned out this bottle of wine and gave it to a friend who had seborrheic hair loss. After friends take it back, dip in the wine every night while daubing and massaging the scalp, get up in the morning and do it again. After three days, there was a significant reduction in dandruff. Now, my friend’s seborrheic hair loss has basically healed, and his hair has grown a lot. In fact, there are many records about this method in medical books. However, some details that can give full play to its efficacy often need us to pay attention to and try in practical application.

Massage can improve the blood circulation of the head, promote metabolism, at the same time, make the accessory organs of the scalp play a normal function, make the dandruff gradually reduce, and achieve the purpose of prevention and treatment. If it is massage after the head medication, it can promote the penetration and absorption of drugs. The specific method of massage is: take the sitting position of the patient, turn and massage from the forehead hairline to the occipital part with bilateral or unilateral fingers and palms, and do 20-30 times back and forth to make the scalp feel hot; one hand four fingers (index finger, middle finger, ring finger, little finger) close and bend into 90 degrees, and gently knock back from the hairline to make the head feel relaxed, 5-10 times back and forth.

As we have said before, traditional Chinese medicine believes that dandruff is mainly caused by Qi and blood stasis due to the deficiency of body by wind, or the internal and external game of wind heat stagnation. In Fangfeng Tongsheng formula, Fangfeng, Jingjie, ephedra and menthol are used to relieve the pathogenic heat from perspiration; rhubarb and Glauber’s salt are used to relieve the heat and defecate; gardenia and talcum are used to clear the heat from the lungs and stomach; Angelica, Ligusticum chuanxiong and peony are used to nourish blood and blood; Atractylodes macrocephala and liquorice are used to invigorate the spleen and the middle. With the prescription, the sweat will not hurt the surface and the lower part will not hurt the inside, so as to achieve the effect of relieving the wind, removing external evils and unblocking Qi and blood. As Wang Xugao commented on our side, he said: “this is the elixir of external and internal Qi and blood, and it’s also called Tongsheng. It’s said that it’s the holy ear.”. ”