Many parents will pay attention to the children’s eating problems. The three meals of the children every day may be carefully designed by the mothers. But sometimes some mothers make mistakes or ignore some problems. For example, in the breakfast of the children, many mothers may make the following mistakes. 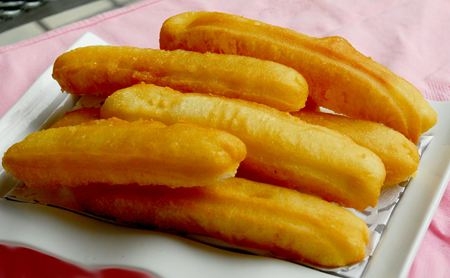 The more traditional and popular breakfast in China may be bean curd and oil stick. A series of fried foods are what many adults like to eat when they eat breakfast, such as oil stick, pancakes, fried dumplings and other foods. These foods are made by high-temperature oil frying. Although they have high calories, they are easy for children to eat, and children may also like them Huan is a kind of crispy and delicious food, but this kind of food may be harmful to children’s health, because the high-temperature fried food is often prone to produce some carcinogens, and if it is not made by itself, some foreign fried food is more difficult to distinguish the quality of food materials;

With the development of food technology, there will be more and more fresh snacks and foods; for example, more chocolate, biscuits, waffles and other foods, which are often bought by parents and put at home for their children to eat, and they are also easier to preserve and place, so some mothers will not object to their children’s eating this kind of food; Sometimes the child may get up late to eat breakfast or the time is in a hurry. Maybe the mother will let the child eat this kind of food as breakfast, which is convenient and time-saving. As time goes by, the child may also like this kind of food; But this kind of snacks is also bad for children, because often this kind of food is lack of water, and has too much sugar, they may easily make children fat, or make children suffer from malnutrition and other problems.

Therefore, mothers also need to pay attention to their children’s breakfast. Don’t let your children eat these two kinds of food as breakfast.