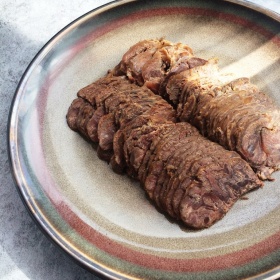 Mom’s secret recipe for spiced Beef – Generally, I don’t easily share the recipe for cooking, because my family’s chef has always been my dear mother, but the years are ruthless. Now my mom is getting older, and if some of the recipes are not recorded, I am afraid I will lose it.
Print Pin Rate
Prep Time: 4 d
Total Time: 4 d
Servings: 4
Calories:
Author: Jerry Ye